The League of Legends Season 5 World Championship has arrived.

With the group stage games for the League of Legends World Championship underway, it is safe to say that thus far, it has not gone entirely as anticipated.

One team currently stands out amongst the others, exceeding the expectations of fans and analysts alike.

That team is none other than North America’s 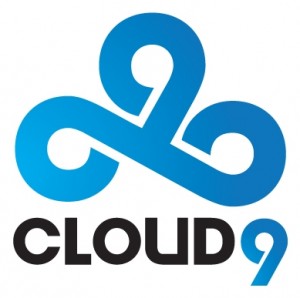 During the NA LCS Spring Split, it became apparent that the once top tier team had taken a dramatic decline – most notably in the Mid Lane, where team captain and world class shot-caller Hai was unable to maintain form due to wrist injuries affecting his practice and play. With his decline in play and inability to put in the required hours of practice, Hai formally announced his retirement from the main roster, bringing about the addition of the European Solo Queue prodigy, Incarnati0n, to fill in as the teams Mid-laner.

Coming into the Summer Split, this was an obvious upgrade to the team, and with this roster change a new era of dominance all but assured for C9. However, after the first few weeks of the split, it was clear that the European import was unable to fill the void in Cloud 9 in the absence of the Captain and shot caller. Although Incarnati0n performed reasonably well during his rookie split, the team lacked the synergy and identity they previously possessed with Hai’s ‘Support-Carry’ playstyle and dominant ability to read situations, make a decisive call, and have the team enact on that call immediately and effectively. Soon, the once reigning champions of North America dropped down as far down as 9th place during the regular season. This Cloud 9 was merely a shell of their former glory.

Change was desperately needed. The LCS season was moving forward, but Cloud 9 remained stagnant. With relegation from the LCS down to the Challenger Series looming ever closer, William ‘Meteos’ Hartman – World class Jungler and newly appointed shot caller, announced his decision to step down from the main roster. Claiming that the atmosphere without Hai was not working out. With this decision, Hai’s retirement was short lived, and he moved back to the main roster to fill in as the teams Jungler and return to his shot calling duties. Although Hai was a downgrade to Meteos’ superior Jungling mechanics, the upgrade to the team environment appeared to be just the kick they needed. The team began to pick up the pace, and was able to slowly but successfully climb their way out of relegation, making a miracle run through the NA Gauntlet. Eventually claiming victory over the 1st placed regular split team, Team Liquid, to represent their region as the 3rd seed team from North America.

Going into the World Championship as 3rd seed, Cloud 9 had a tremendous challenge ahead of them if there were any hopes of surviving the group stages. Many believed making it past Group Stages would be an impossible task, after being drawn into Group B alongside Fnatic, a team toted to be the strongest EU team to make it to the World Championships ever, having displaying unparalleled dominance throughout the Summer LCS Split. Breaking Cloud 9’s previous record of 13-0 with an astonishing 18-0 undefeated run through the Summer regular season.

In addition to C9 and FNC, Group B also saw the addition of 2 other high caliber teams, notably China’s 3rd seed team, Invictus Gaming who made short work against QG in the LPL qualifier series, defeating them 3-0 to qualify for the World Championship, and Taiwanese team AHQ, who had secured their spot for Worlds by placing first in the LMS, defeating opponents Hong Kong eSports in a comfortable 3-0 series.

Group B, commonly referred to as the ‘Group of Death’, was deemed to be a 3 horse race for the first 2 places in order to proceed out of group stages, with the vast majority of fans and analysts predicting Cloud 9 to finish 4th place in the groups.

Week 1 saw a Cloud 9 that had heard the predictions, and were not happy with how they were perceived by the community. Currently sitting atop Group B with 3 wins, and 2 wins over each other team, Cloud 9’s Cinderella story of a team narrowly avoiding relegation to make the journey to Europe for the League of Legends World Championship is just beginning to unravel.