When the mystery additions to Team Secret’s roster were finally unveiled, the Dota community was left in awe at the newly-formed team of Dota Galácticos as Arteezy and zai joined the already stellar line-up of Puppey, s4 and KuroKy.

The exciting new-look team were immediately considered warm favourites for the next International and it started quite well and seemed to be going according to plan. Despite not topping their group, Team Secret won a place for the winner’s bracket by finishing second in the group only to surprising lose their next match against EHOME.

Most observers were convinced it was nothing more than a temporary blip and they would be the dominant Dota force so many predicted. However, the team clearly lacked communication and chemistry and were not able to live up to their billing.

At the losers’ bracket their unconvincing play led them to suffer an inglorious 1-2 defeat at the hands of Virtus.Pro, thus eliminating them from the tournament.

In January, the ESEA BenQ S18 Pre-Season Tournament matched the super favourites Torqued against the unknown roster of DISMAY. With Torqued featuring some of the best North American players at that time, such as desi and steel, it was widely considered to be nothing more than a walk in the park for the big guns. However, in a best of one game, Torqued were unrecognisable and left everyone wondering how they could possibly have performed so badly.

Steel in particular was the target of angry fans who were shocked by his lackluster performance which still has people scratching their heads as to what happened.

When the two teams were set up for battle it looked like a typical David vs Goliath clash. The Chinese League of Legends Team WE were out of the top 30 teams in LoL and few if any expected the team with the worst record in the whole tournament to make it as far as the semi-finals. With a poor track record and a team of players who were not considered to have cohesive and effective styles of play, Team WE seemed doomed in the clash against the Koreans.  Their opponents were the supposed number one contenders to win the tournament and that view was reinforced after they took the opening game. However, despite all the odds stacked against them, some great team play along with individual brilliance from Lee “Spirit” Da-yoon in the final game, saw the highly underrated Team WE somehow win through to a place in the grand finals.

Soon after Valve introduced the Major tournaments for Dota, all eyes were on the first event at Frankfurt. The tournament lived up to all the hype with its excellent organization and International appeal. Prior to the tournament, team OG were not playing well and both experts and the community had moderate expectations of them.  The team struggled through the group stage, finishing 3rd and slumped directly into the loser bracket. However, it was to be the calm before the storm as OG began a dramatic turnaround of form, crushing opponent after opponent as if scripted for some far-fetched film.

At each stage they were almost out for the count and yet would manage to fight back and prevail in heroic style. The team won six successive matches before the final saw them face the strongest outfit of all in the tournament, Team Secret. However, the favourite’s resistance was futile and OG continued their incredible run to be crowned the first Major champions, after a decisive 3-1 victory. 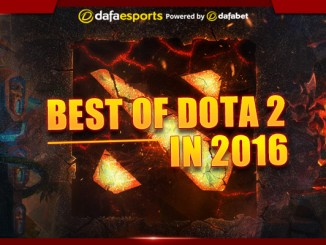 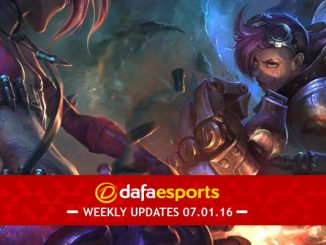 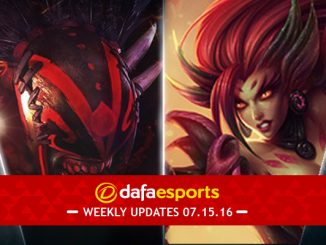 Esports Weekly News – Stories you may have missed!